Raspberry PI 101 (how to feel less like an idiot) 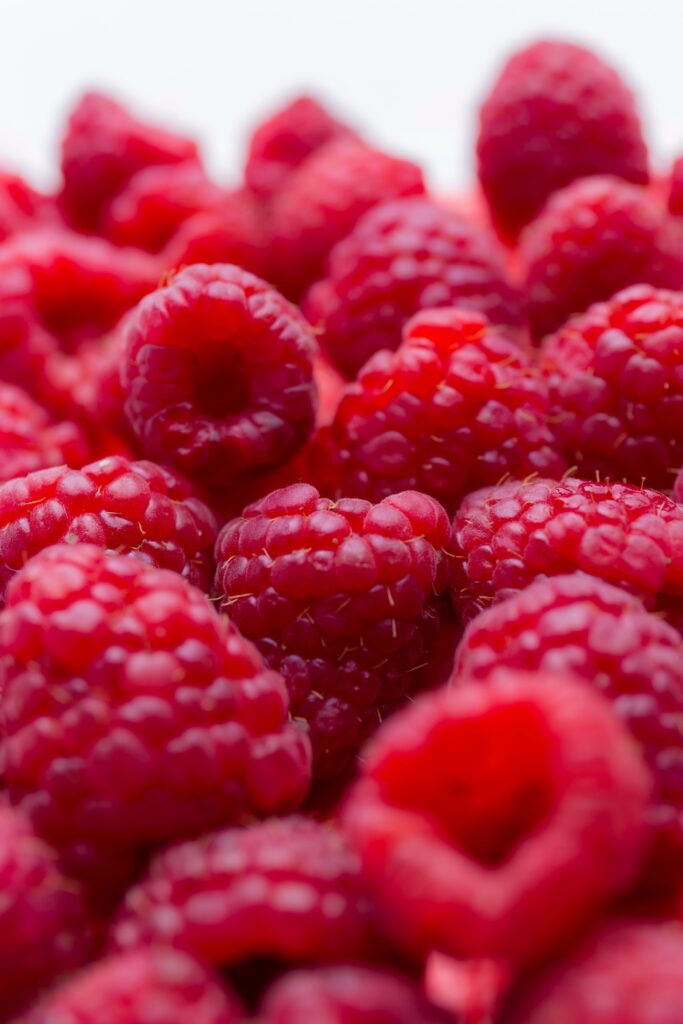 I had a lot of things going on on my iMac workstation that I wanted to move away to the Pi. The reasons behind this:

I started over at least 5 times (flashing the image, rebooting the system, forgetting the WLAN config etc.) because I’m the stubborn one that wants to run this thing headless only…

I’ve learned, I’m sharing. There are a million websites and documents that share this process, but I’d like to do this with you, hoping it got you thinking in the right direction. If yes, you’re welcome to leave a comment! 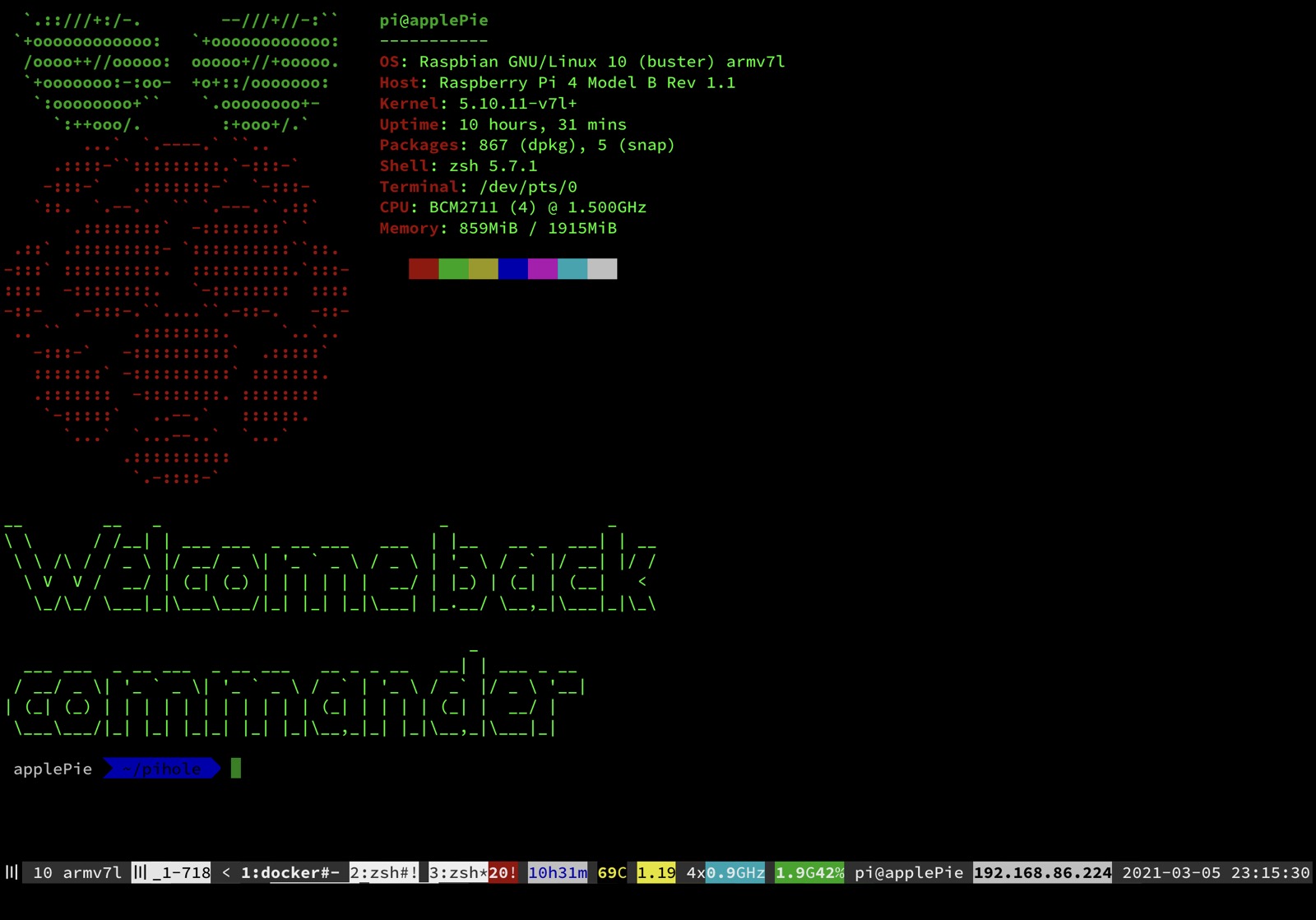 Picked lite because I have 2 GB of memory to work with, but makes this thing harder to do – we like the challenge don’t we!

Note: don’t panic if you lose the SSH/wpa_supplicant files once your Pi has booted, that is expected behavior I found out. (by trial and error)

And don’t forget to update your Pi regularly. Debian has an active community, your Pi uses a package system called “apt-get” that helps you keep your system updated.

That means that as soon as you’ve booted your pi again do the following:

This will take time. Be happy! (and I got used to the wait, since I screwed up a lot and had to begin from start again)

I hate entering passwords, especially if my device already asks for one. I enjoy the ease of 1password, and in case of ‘security’ of my Pies, SSH works well. It takes time to get your head around public/private keys and what they do, but you’ll manage.

For the purpose of logging into your Pi using SSH; do follow what Rpi already has written down on their site.

Optional but useful
4. Add your passphrase to the mac keychain, saves you typing a PW each time; ssh-add -K ~/.ssh/id_rsa

I formatted my 10 TB drive into a few pieces;

All are EXT4 for now, the following command worked to format the drives:

Where SDA1 is the specific drive to format.

I’m skipping a few details here, since my scenario is specific. But make sure to read the following, since that gets it all together:

I’ve considered changing the size a few times afterwards (my partner had a bigger need than I expected for disk space) – I decided to connect my drive to my mac, boot a virtual linux setup with a gui and use Gparted to do so.

There is a commandline alternative where it’s based on called parted, and in combination with fdisk can do destructive stuff. I didn’t touch that after one attempt.

We all fail. And this thing failed on my end. I thought I found a ‘one way ticket’ into a good solution (OMV offers it’s own docker management for instance), but this worked me into more problems than I thought. I felt this whole thing was much more ‘bloatware’ than what my purpose was here (lean and mean Pi machine!)

OMV allows you to work the other way around and that it will be your new “OS” to work with; it allows you to:

This was my first attempt on getting AFP (apple’s file protocol) going on the Pi. I had to do a full clean install to get rid of OMV5 here ^^ but hell, it worked!

AFP is a very interesting powerful protocol that’s much faster in comparison to SMB, but eventually I let go of AFP – the docker images are not that great, I couldn’t get them going the way I wanted (and AFP outside docker was pretty heavy on resources for some reason)

Read up if you want to go this route though (and sponsor me a 8 GB version too!)

This worked pretty quickly and easily! Read below!

Here the fun started. I started using docker on the Pi. My previous assumptions (command line virtual machines like vagrant / virtualbox) have always been a tough thing to get get my head around, and impossible to get rid of – I was hesitant to start.

But now I’m a happy docker camper; it runs smoothly – even though some containers are heavier on resources than others. Be aware of that!

2.7. optional, moving the storage of your docker containers to external storage

Super simple and quick to setup – It’s far from secure, but that isn’t the purpose here (doing SMB on a Pi in a corporate environment is a bad idea, the performance isn’t that great, but I’m at home)

Docker command to run (still need to wrap into docker-compose):

Rename your stuff accordingly, this is just an example.

This one worked to get a TM volume going, but didn’t do that much else. YMMV!

2.10. Homebridge on docker with docker-compose (WORKS!)

By the time I was ready to move over my homebridge to the Pi I hit the 10 new installs mark for the Pi. I could dream the contents of the files, and started writing this .MD doc to document my progress.

It was time to put this thing to work! Let’s go with homebridge!

I found the ‘magic’ of docker-compose, where I was able to get to know YAML and it’s ‘spacious’ peculiarities.

Here’s the contents of my docker-compose file;

Save (CTRL+O) and exit (CTRL+X, both of these will be your friends for life) the file, type docker-compose up and once more cross your fingers!

If you’ve installed docker, this should work now! Once the machine is running, it should be approachable on ‘http://yourhostname:8080’.

2.11. Sonoshttpapi on docker with docker-compose (WORKS!)

I’m using docker-compose to get this thing going, feel free to grab the script (or fork me on Github)

Things like DAAPD are an amazing example of how powerful, streamlined and slick open source projects have become over the years.

I’ve considered multiple options to stream audio that I won’t go in to detail here, but DAAPD has been thus far the one that is free, easy to setup, stable and with great performance.

My docker-compose file for you:

I know, it’s an old docker-compose version. Haven’t had the time to update yet. 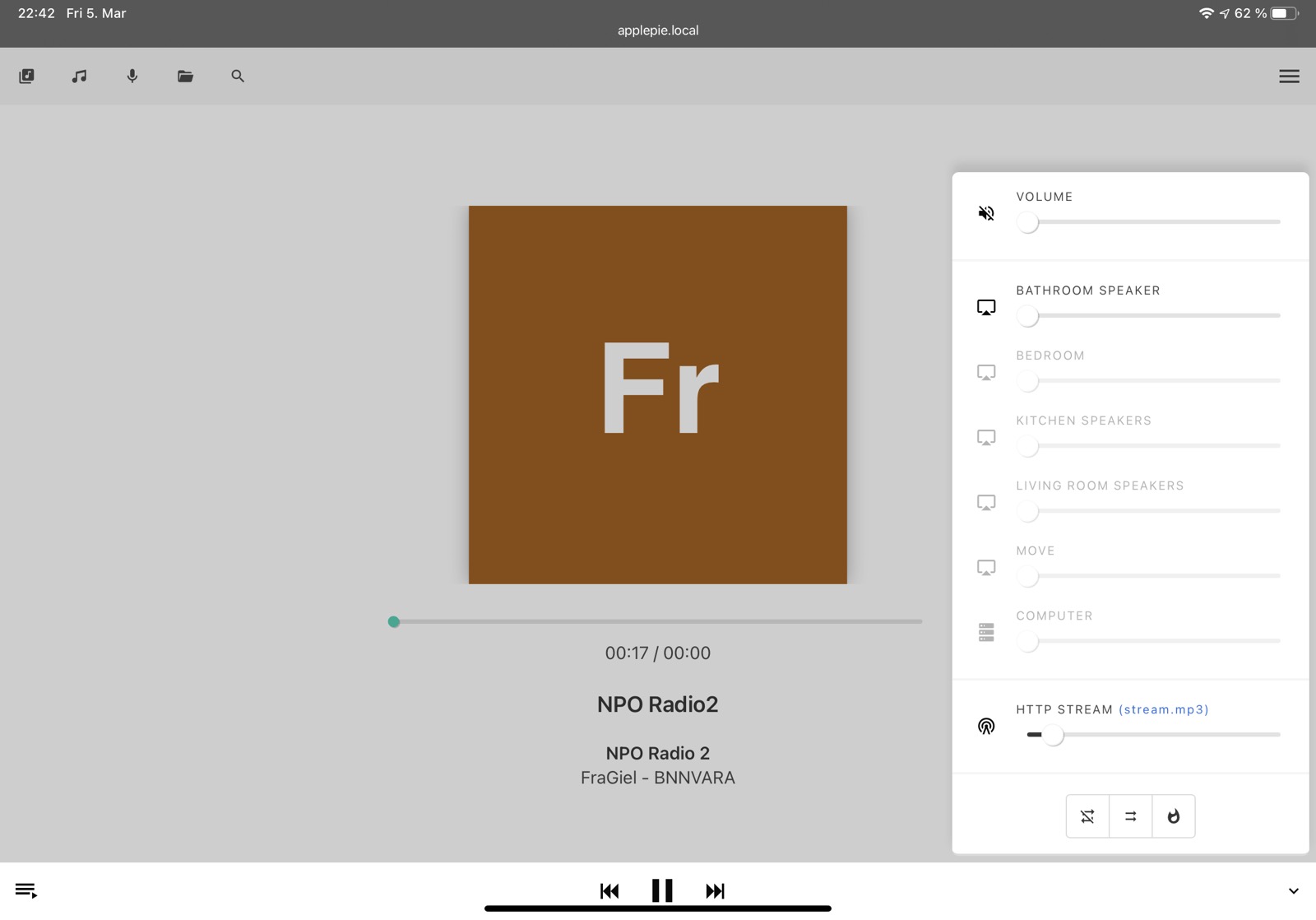 Mind you, I’ve built my own DAAPD docker file since I wanted to get rid of a few additional features, and reduce the footprint. You can always find a good one on docker hub, as commented in the docker-compose above.

A nice little video from Darko.audio on the spoti-pi: 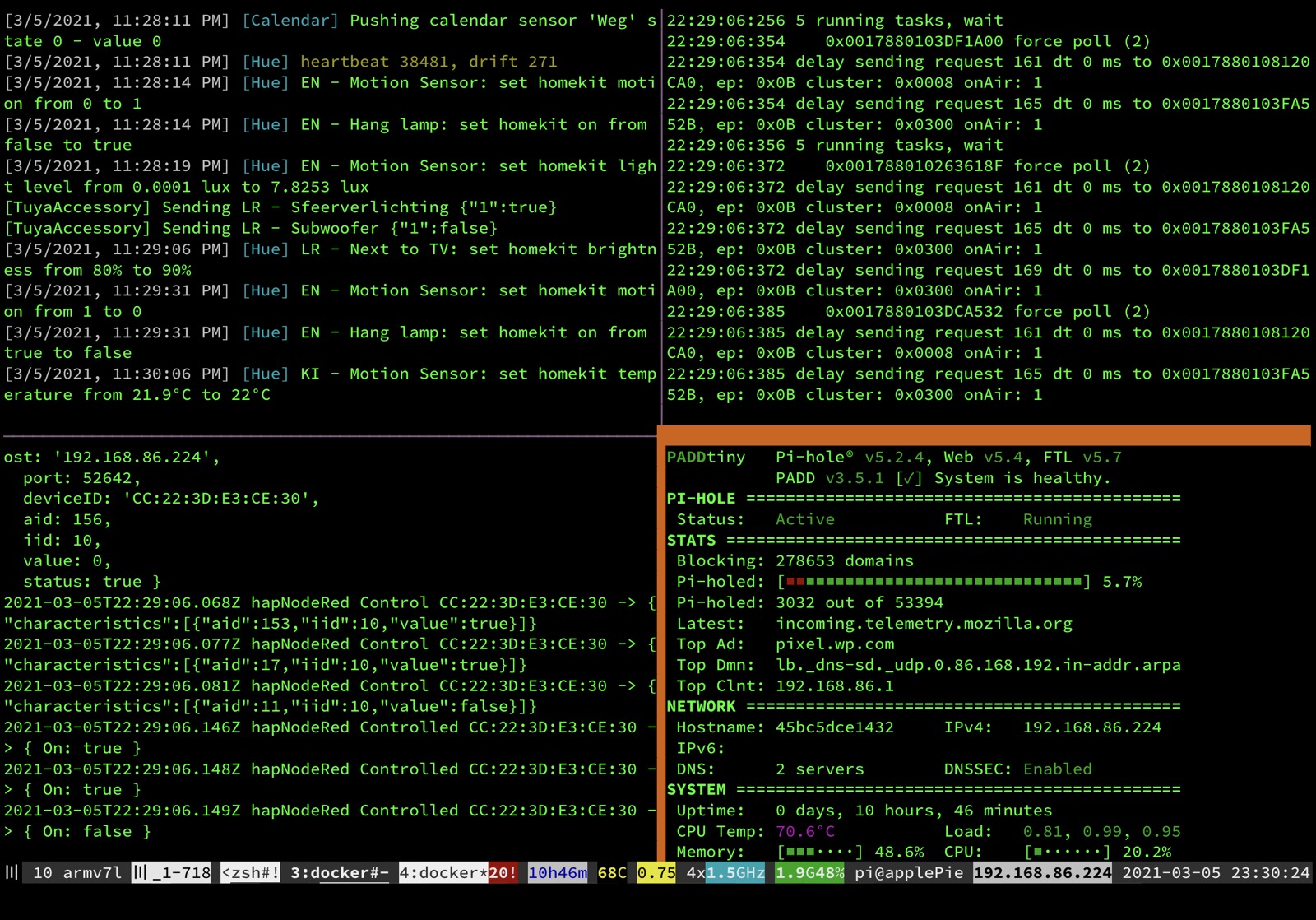 It neatly shows you the running containers!

Note: ctrl+c out of the logs will not stop the container!

3.1.2. Shutting down your container

I’m not using this one often since it takes time, and it will update the images for all containers, not always knowing what changed.

Your pi will show up as ‘bonjour enabled SFTP’ drive already in apps like transmit, but if you want to enable access through SSH regularly, here’s how to do it.

This is a WIP
You'll see a lot of these warnings on this site, warning you these pages are a Work In Progress.

Content is never static, I'll create, read, update and delete whenever I think that makes sense.

Feel free to add your comments to this page so I can keep things relevant! 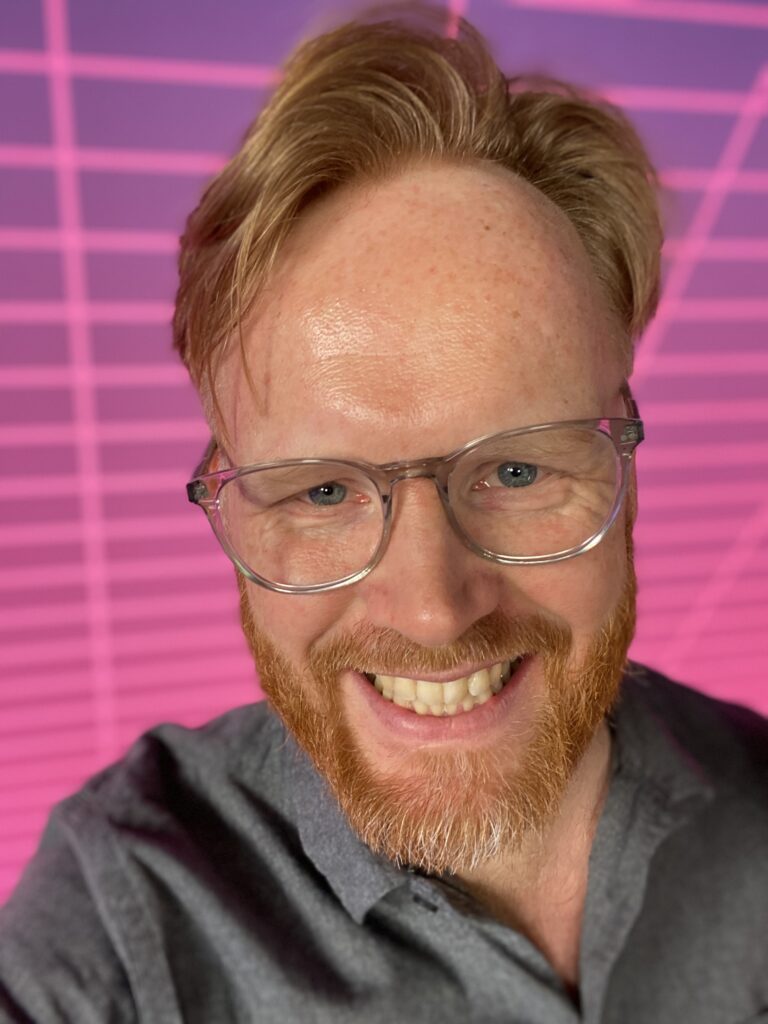 Yes this stuff is weird. That’s because casey.berlin is a reflection of my thoughts and ideas. A blank canvas for me to work with, for you to consume.

🔨 Product owner at diconium by day

👨‍💻 Extravert, entrepreneur, gets things done, above all human being.

✔️ My opinions are personal.